In September 2021, the government pledged to spend £650bn on infrastructure projects across the UK, from hospitals to roads to power stations. Much has changed since then, but we still urgently need investment in schools and hospitals, better transport links and a more secure energy system.

All of this activity requires not only billions of pounds but also thousands of workers. The construction industry already employs more than two million people, but researchers predict it will need at least 250,000 more by 2026. Hercules Site Services is helping to fill the gap. The company joined the AIM market last February with a share of 50.5 pa.

The stock has since fallen to 42.5p, but the price is expected to recover and then some as managing director Brusk Korkmaz flexes his muscles and shows what Hercules is made of.

Large customer: more than 7,500 workers have registered on the application and several hundred are already busy on the HS2 rail project

Korkmaz came to the UK from Turkey in 1998 to study civil engineering at University College London. Ten years later, he founded Hercules from his bedroom, sourcing and supplying construction workers to contractors.

The business has grown steadily since then, supplying leading companies such as Balfour Beatty, Kier and Skanska with workers ranging from masons, plasterers and pipelayers to engineers, foremen and supervisors.

From the start, Hercules has had a digital orientation, using technology to make the recruitment process as easy and efficient as possible. In 2019, Korkmaz went even further by creating the Hercules application which allows users to instantly find out about jobs that concern them and in their region.

More than 7,500 workers have registered on the app and the number is growing rapidly. Hercules vets applicants, and once they’ve been approved, Korkmaz and his team make it their business to keep app users on the job.

Several hundred are already busy on the HS2 railway project, with others laying fiber optic cables in Kent, upgrading the M42 near Birmingham and repairing aqueducts in London. Hercules aims to ensure that workers can move from job to job without having to travel far from home.

And, even if the workers are subcontracted to large construction companies, Hercules pays them and takes care of them. Korkmaz takes this part of the business particularly seriously, ensuring that workers receive a living wage and are paid on time.

It also sends mobile health and wellness units to various locations offering medical exams, hearing and eye tests, and even lung function scans and wellness assessments to anyone who wants them.

Korkmaz is also a strong advocate of in-house training, intending to open a specialist academy in Nuneaton, Warwickshire, next year to attract new workers to the construction industry and help existing workers learn from new professions.

Planning applications have been submitted and local authorities are enthusiastic, so there are high hopes that Hercules will receive the green light in the coming weeks. 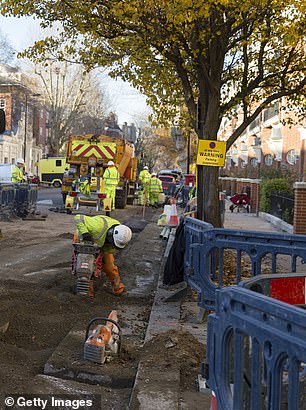 The labor supply accounts for approximately 75% of Hercules’ revenue, but the group also offers contractors assistance with individual projects, managing and delivering them from start to finish if necessary, often using state-of-the-art technology to complete the job efficiently and at low cost.

Korkmaz, 43, is energetic, hardworking and determined to make Hercules a successful business that meets the needs of its customers, but also makes employees feel valued.

So far, the results are encouraging. Figures for the year to September 30 will be announced next January but, earlier this month, Korkmaz said revenue would top £45m, up around 38% on 2021, while earnings are also expected to show strong growth.

Unusually for a small AIM-listed company, Hercules is also paying a dividend, with 1.7p offered to shareholders for the year to last September and payouts expected to rise steadily based on earnings.

Midas verdict: Based just outside Cirencester, Hercules is a fast-growing UK business with strong long-term prospects. Britain’s infrastructure is creaking, several projects are already underway and more are expected to follow. Hercules can provide these programs with trained local workers and a specialized safety kit. At 42.5p, the shares are a buy.

Some links in this article may be affiliate links. If you click on it, we may earn a small commission. This helps us fund This Is Money and keep it free to use. We do not write articles to promote products. We do not allow any business relationship to affect our editorial independence.